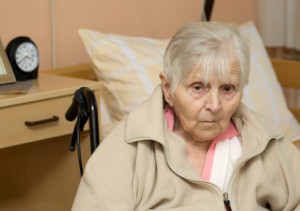 A bedsore is a type of injury that occurs after prolonged pressure on a certain area of the skin. In a nursing home or elderly care environment, bedsores are often the result of negligence on the part of caretakers. If left untreated, bedsores can develop into severe and life-threatening infections.

What Is a Bedsore?

Bedsores may be known as several terms, such as pressure sores, pressure ulcers, and decubitus ulcers. They most commonly occur in bedridden patients who require help from other to change positions throughout the day. For bedsore prevention, it is crucial for bedridden patients to change positions so that pressure is relieved from certain parts of the body. Bodily areas that are most susceptible to bedsores include bony areas, such as the tailbone, hips, heels, and ankles.

Nursing home laws require a certain level of care for each resident. While these laws may vary from state to state, a standard level of care is required throughout the United States. Part of this standard of care is that nursing home staff members are legally required to turn bedridden patients throughout the day, specifically to avoid the incidence of dangerous health complications such as bedsores.

In some cases, bedsores may be medically unavoidable. However, evidence suggests that the majority of bedsore incidents were preventable. When nursing home staff members fail to perform the tasks that may have prevented bedsores from developing, they may be held legally liable for neglect. Residents and families who are able to prove sufficient evidence of nursing home neglect may be entitled to financial compensation through a lawsuit.

An experienced and knowledgeable bedsore lawyer will work to gather as much evidence as possible to defend the resident’s case in court. In a bedsore lawsuit, the plaintiff, or party filing the lawsuit, holds the burden of proof. This means that they are responsible for providing the court with sufficient evidence to prove that the nursing home committed negligence. If the plaintiff cannot provide sufficient evidence, he or she will not receive financial compensation.

Bedsore lawyers will help to collect the following information to prepare a bedsore lawsuit:

When to Hire a Bedsore Lawyer

Residents and their families should hire a bedsore lawyer as soon as possible. The sooner the bedsore lawyer is hired, the greater the chance the lawyer has to obtain the necessary evidence for legal proceedings. As time passes, it often becomes increasingly difficult to obtain relevant information. Additionally, the state’s statute of limitations may prevent residents or families from being able to file a lawsuit if they wait too long.

Each state will have its own statute of limitations regarding these incidents, making it more important to obtain a Florida bedsore lawyer as soon as possible. In many states, the statute of limitations begins when the neglectful action occurs, or when the resident or family has sufficient evidence to be aware that negligence has occurred. Bedsore lawyers can help residents and families to navigate state laws and ensure timely action for the legal process.